We humans have a list of vices longer than our arms, but your cat has just one– and it’s actually not harmful at all. Enter, catnip, the plant that turns your garfield-lazy cat into a swiping, biting, crazed kitten, who can’t seem to stay still.

As strange as your cat’s behaviour may become, you can feel safe about letting your cat indulge in this vice – why not give her a little pinch of the stuff right now, and let her bounce off the walls while you educate yourself on what catnip is and why it causes such a powerful effect on your furry feline friend.

Native to Europe, Asia, and Africa, catnip (Nepeta Cataria: catswort, catsmint) is a member of the mint family, and grows as a loosely branching perennial with fragrant pink or white flowers. Widely considered a weed in North America, as it’s hardy and spreads easily, catnip is also commonly used as an ornamental garden plant.

The volatile oil, nepetalactone (a feline attractant), is found inside the stems and leaves of the catnip plant, and is believed to mimic a feline pheromone which most cats are receptive to.

Not only are domestic cats affected by catnip, but large breed cats respond, too. Cougars, lynx, leopards – even lions and tigers react to catnip. 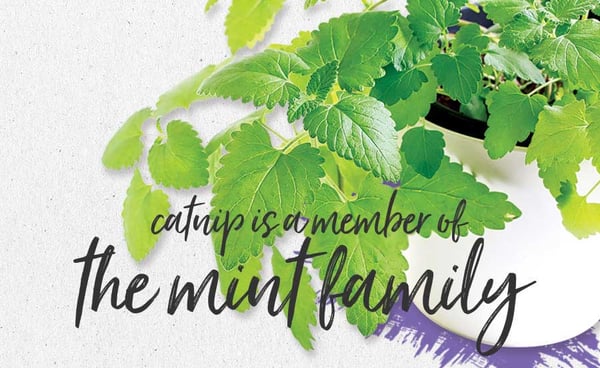 What Does Catnip Do to Cats?

Catnip binds to a cat’s olfactory receptors which are responsible for sensing chemicals called pheromones. Cats can have varying responses to catnip, depending on how they are exposed.

Typically if catnip is ingested it acts as a sedative, and if it’s inhaled, a stimulant.

After exposure, these effects can last anywhere from 5 to 15 minutes which is then followed by a refractory period (about 2-3 hours) in which your cat will not be affected by catnip.

Sounds like your cat has a substance problem, doesn’t it?

NOTE: Do not use catnip on pregnant cats, as it’s a uterine stimulant and could cause premature labour.

Pheromones are powerful and drastically affect the behaviour of living organisms. Because catnip triggers an attractant pheromone in cats, they can’t help but react in a strong way.

Reaction to catnip is believed to be an inherited trait as about 50-75% of cats are affected by catnip, while somewhere around 20-30% are not.

Kittens and senior cats don’t usually react to catnip. Some believe they don’t respond because of their underdeveloped or weakened sense of smell. Others believe it’s because kittens and senior cats have no or little sexual activity, making them immune to nepetalactone and the feline pheromones connected to it.

Is Catnip Good for Cats?

Catnip carries with it a host of benefits for your beloved feline friend. These effects can vary from stimulant to sedative, so whatever Fifi is feeling, you can give her a little pick-me-up.

From exciting her and getting her up and bouncing around, to soothing her nerves and improving her mood, catnip is a safe treat to give to your cat.

Catnip is not harmful, but moderation is a good idea. A common side effect of over-consumption is vomiting or diarrhea, but more than likely your cat will usually lose interest in catnip before this happens. 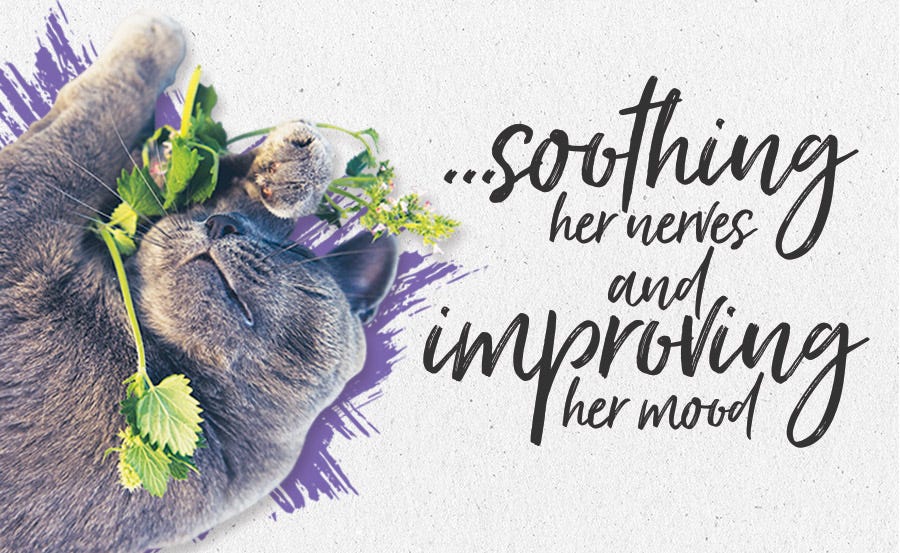 How much catnip can my cat have?

A few pinches of dried catnip per exposure is enough. It’s potent stuff and your cat only needs a small amount to become stimulated. If you grow catnip in the house, keep just one plant in your cat’s area to limit her exposure.

Is catnip safe for cats?

Yes, catnip is completely safe for cats. While it’s technically possible for a cat to overdose on catnip, causing vomiting/diarrhea as mentioned above, your cat will recover, and this isn’t a big concern.

Is catnip safe for dogs?

Yes, catnip is safe for dogs. While it doesn’t cause them to go berserk, catnip is actually quite useful for dogs, too. You can use catnip on your dog as a: Mild sedative Diuretic Gastrointestinal remedy (upset stomach) Natural antiseptic

Note: Do not give catnip to pregnant dogs, as it can trigger uterine contractions.

How do I grow catnip?

Catnip grows to be 3’ – 5’ tall and blooms from autumn to late spring. You can harvest the leaves throughout the year.

Be sure to promote proper growth of your plant with regular deadheading.

Catnip will crumble easily when it’s ready. Be sure to store it in an airtight container, and keep it out of direct sunlight.

Where can I buy catnip?

You can buy it from nearly any pet supply store. If you prefer shopping online, here is our selection of catnip and toys with catnip.

Does catnip have any effect on humans?

Humans don’t have the same receptors for nepetalactone as cats do, making catnip largely ineffectual on humans. However, there are varying uses for catnip on humans which include:

Note: Do not use catnip if you are pregnant, as it could cause uterine contractions. 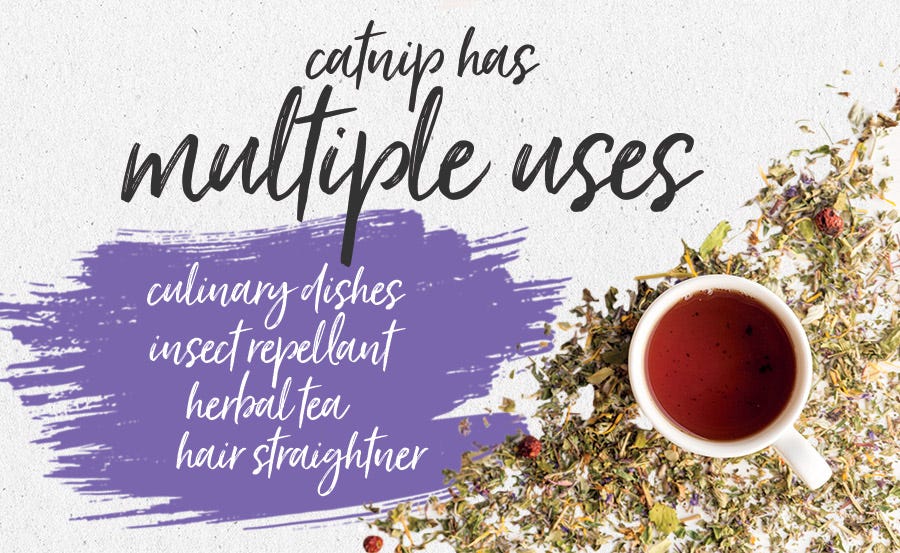 Your cat’s probably sleeping off her indulgence by now, and that’s okay, because it’s a safe and fun treat for your cat, provided that they are indeed susceptible to the volatile oil, nepetalactone. Catnip can increase your cat’s energy, improve her mood, and even calm her fragile feline nerves. Remember to give your cat catnip in moderation to prevent habituation, and try mixing up the ways you expose her to the herb. You can even try some of the more unique ideas catnip has to offer, on your dog, or on yourself. Maybe next time you can indulge along with your cat.

previous How to Stop a Kitten From Biting: Teething Kitty Solutions

next How to Clean a Cat's Ears

Dry vs. Wet Cat Food: The Pros and Cons Explained